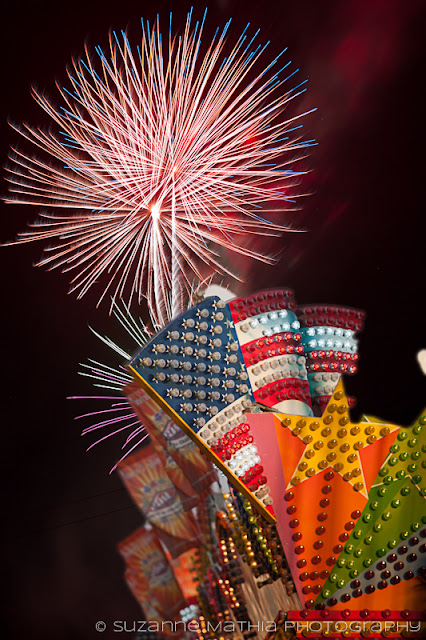 Fourth of July is right around the corner.  With the advent of digital photography, photographing fireworks has become easy and fun, just by following some basic steps. With a little planning and a bit a practice you can get some truly spectacular and creative images


Here's how to do it:
A little planning goes a long way.
Take a little time before the show to scout the location. Determine where the fireworks will be launched and then try to find a clear, unobstructed view. You don't want to be in the middle of a crowd, with people wandering in front of the camera or bumping into your tripod. Avoid any other light sources such as streetlights to avoid the possibility of light flare. Watch out for tree branches and electrical wires that can sneak into your composition. 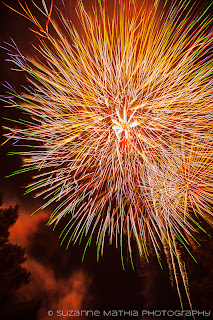 Be aware of smoke. If you can figure out which direction the wind will be blowing then try to position yourself upwind so the smoke will blow away from you. Smoke will really light up with the bursts, and if it’s between you and the fireworks then your photos will suffer and look...well smokey!. 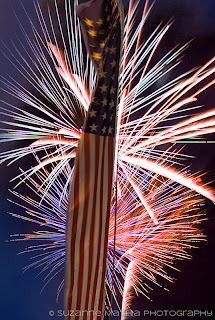 Put the camera on tripod. Use a cable release or remote control so there will be no movement when you open the shutter. You want your camera to be as solid as a rock during the long exposures necessary for fireworks photography otherwise the smooth paths of light the fireworks create will appear jagged blurrey and messy.
Orient the camera on the tripod vertically as opposed the horizontal landscape orientation as this gives a better composition as the fireworks soar vertically into the sky.
Set the lens to manual focus and set it to the ∞ (infinity) mark. (Take a small flashlight with you so you can see your camera controls after dark)
Set the camera on "B" or "Bulb." When you press the shutter, or cable release the camera opens to light, and stays open until you release it.  You have full control over how long an exposure you get.
Shoot at the lowest ISO for the best results. 100 for Canon, 200 for Nikon. (Turn off ISO AUTO if you have it) you want a nice long exposure with as little digital noise as possible.
Start with an aperture opening of f8 or f11 and f 16.  These seem to work well for fireworks photography. The type of lens you choose will depend on your proximity to the show but generally a good telephoto zoom will give you the most flexibility.  I use a 70 – 200mm. However, if you are really close to the action a wider angled lens can work beautifully. 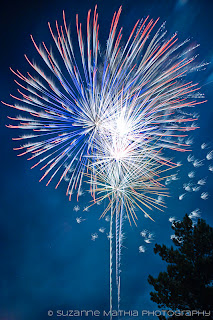 All set up and ready to go…take some test shots of the first fireworks. Open the shutter at the first burst. Hold it open several seconds, until that burst is finished.  See how it looks.  Try different lengths of time and find the speed that you like best. Then hold it open longer and allow several bursts to appear in one shot. Leaving the shutter open for multiple bursts makes it look like they all went off at the same time and can look spectacular.  However, there’s a limit, leaving the shutter open for too long and too many bursts may end up in overexposed areas and too much confusion so strike a happy medium.
Another trick is to have a small piece of black cardboard with you.  Take an exposure through one burst, cover up the front of your lens with the black cardboard then take it off when the next one goes off. You can get some amazing “multiple exposures” with this method.
Look at your shots in the LCD and check your histogram.  You may need to open up or close down your f stop or increase or decrease how long you leave the shutter open.  Try different lengths of exposures throughout the evening.  There will be lots of busts and plenty of opportunities to get it just right.
If the fireworks aren’t bright enough open up you f stop (f8 instead of f11) the brightness of the burst does not vary by the amount of time the shutter is open.  If the Sky is looking too bright then decrease the amount of time the shutter is open.  The sky or ambient light is what is affected by shutter speed. Although this is very easy fix in postprocessing (photoshop or Elements) by increasing the Darks or changing the black point in your image. 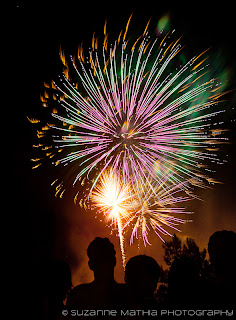 Now you have the shots you want , get creative and think outside the box. Add foreground elements to your composition.  People, a bridge, children staring skyward.  Silhouettes of the onlookers to give a sense of location to your picture. Look for reflections in buildings or in lakes or pools. Look for the little details that make this day memorable. Now you can also throw out the “rules” Move your camera during the shot for an interesting effect.  Zoom in or out as the fireworks go off. Use flash to light up the foreground. Turn your camera horizontally. Be creative, experiment and most of all have fun! 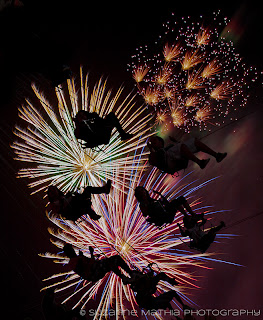 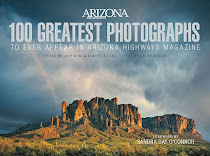 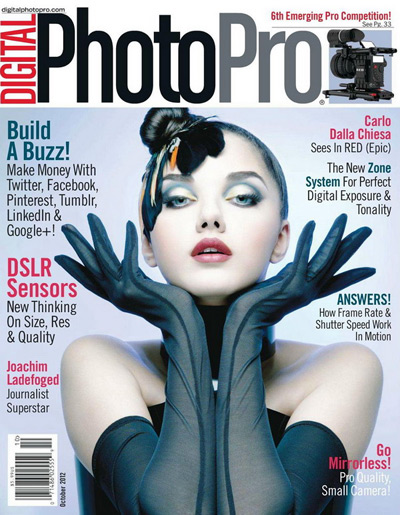